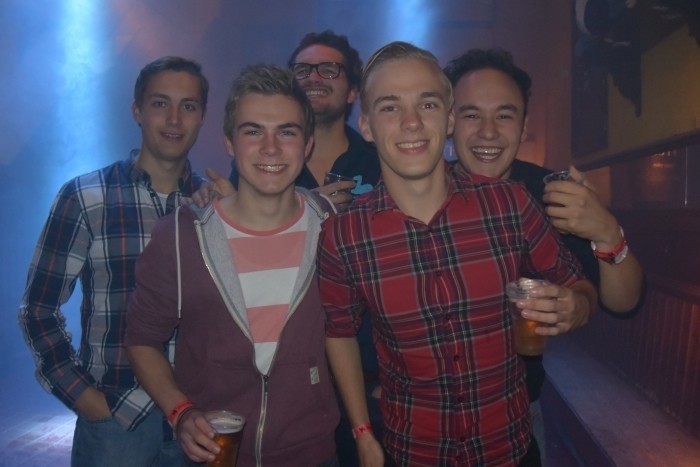 The BattuBoyz saw the light in a dark, sketchy room in Ankara. During the infamous game 'Zap the mustache' with half liters Efes there had been forged a burning bond, know by banter and jokes. A collective way of life was found!

Our brotherhood is bound by a common personality: a dark, unhealthy dose of bad humor. Also to be named, banter, feuten, joke-tapping, or old-hookers. The name was chosen quickly: BattuBoyz. Battu because of us always being related to this fantastic organization. Boyz with a z, because of a tremendous discussion about hardstyle being real music or not and the question of whether or not Techno was to be considered 'hard' there had to be a compromise. Boyz with a z is hardstyle. This to be not be rambled with hardcore or raw style.  Besides this, the BattuBoyz are known for their jokes and people going 'bat' on that. Unfortunately, some idiot already had the copyright on the name batman.

The Battuboyz are known for their tight fraternity, focussing mostly on male spatial planning students.